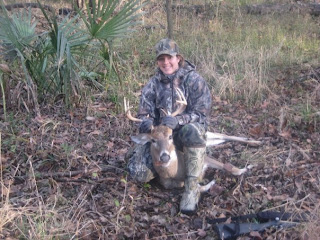 Ok, so you've got to be thinking, "I dare this chica to link gastronomy and the 2008 election for President of the United States". But there is common ground, I assure you. I, like the majority of us, feel privileged to have seen Barack Obama elected President (regardless of political party) and I have just come out of the electoral haze that has enveloped me since late last August. I was obsessed with the election before Barack was named the Democratic nominee, but as soon as McCain drew back the curtains and introduced us all to Miss Sarah Palin, obsessed is not the word. I was mesmerized with so many aspects of this election, The Huffington Post became my daily crack. Arianna had morphed into Perez Hilton and I couldn't get enough. From "terrorist fist jab" and "baby mama" to "joe whomever" and "first dude", this was the ultimate in gossip, scandal and drama.

Sarah had barely gotten off the stage at the Republican National Convention when the skeletons started fighting to spill out of the closet. Among many, many other controversial outings, it was revealed that she supports the sport of aerial hunting. Totally living up to the horrible impressions I had of hunters in general. Bambi started off the uppity, democratic, liberal prejudice I'd developed against hunters and Cheney had confirmed it by nearly killing his friend, shooting off his face, then having the nerve to accept his apology.
But you see, I am a carnivore, as I have previously mentioned. I offer no apologies for enjoying a good flame broiled piece of meat every now and again. But how can I be so judgemental as I request gruyere instead of roquefort on my bistro burger? Intellectually I knew that meat didn't come neatly packaged in cellophane at the market, but I'd never been face to face, let alone exchanged greetings, with the meat I was eating. Could I be any more of a hypocrite?
So I became obsessed with ways to be a participant in one's own sustinance and my views on hunting soon took a complete 180. My views on Sarah Palin, however, pretty much remain the same.
I don't know if the woman eats what she hunts, but I've decided that I have no problem with hunting as long as you eat what you kill. Extra cool points if you personally prepare the kill with your own bare hands. My friend Beverly is that kind of girl. She's a sweet and sugary Southern Belle that has a penchant for shotguns. She regularly hunts and prepares her kill for a proper meal. Bev's ideology was totally validated when I picked up the book Jamie At Home by Jamie Oliver. The photographs in the book are brutally honest and exhibit a way of natural survival that is, sadly, often overlooked, if not discounted, in other cookbooks. The personal relationship and responsibility involved with actively and independently providing for yourself is something that most people of my age have no concept. Interestingly enough, the generation that is all too familiar is not too far behind. Those of you that are lucky enough to have grandparents still alive will know what I mean. My grandmother's childhood memories totally included going out back to grab the chicken that would be dinner that evening. Not "can you run to Trader Joe's and pick up some chicken breasts", but "go out back and grab that chicken, ring it, pluck it and bring it to me for dinner". Both my Dad and my Aunt Sanny have stories about trying to ring a chicken's neck with only their bravado and not much else. Anyway, point being, Sarah Palin got me thinking...
sorry, I think I just hallucinated a little...
Sarah got me thinking about my own participation. Though my views on hunting have shifted, I don't actively participate in the sport and there are no chickens to chase in my backyard.
I can't help but think that my grandparents, their siblings, and Beverly are all much more knowledgeable about food prep that I can ever hope to be. Who knows, maybe one day I'll be brave enough to tag along when Bev goes out for a hunt. Ultimate survival without dependence on Whole Foods or Safeway. Imagine that.
Posted by LSD925 at 9:40 AM