Don’t take your eye off of a demi-glacé... not even for a fucking second #sludge

Ask me if I’m still using the sludge? 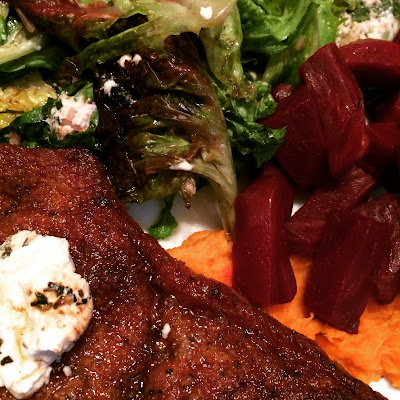 If Lydia were a Hipster 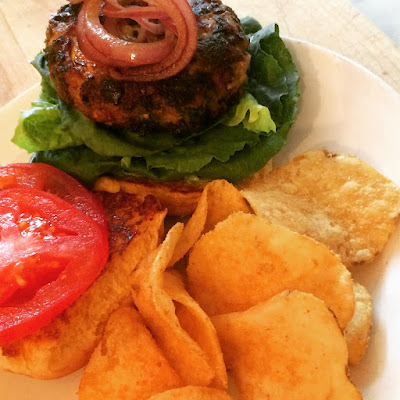 Here's the thing about good intentions, single life, and farmers markets, they wield a remarkable combination. Upside being, if I really commit to a well prepared plan, I can rock out a single trip over a good two weeks, maybe more. Downside being if I slip up just a bit, even for a second, I careen head first into "I just blew $40 on leafy greens I can no longer eat" territory. You gotta be quick. You gotta have a plan. You can't just turn tricks forever, you gotta have a goal, do you have a goal?

So in this week's effort to utilize the last of my market booty, I came across the expected lone impulse buy. You know, that item you don't really know why you bought.. usually the result of some daydream of grandeur. The kind that leave you with squash blossoms, goat cheese and no idea what you're doing. The outlier this week was the summer squash. I'm not even a bonafide fan of summer squash. I mean, it's tasty and all when done up with butter and onions, but.... what isn't? What else am I supposed to do with it? Hush, I know there are likely a TON of mouthwatering options, but this creature of habit is always going back to basics. But that squash was all pretty and bright and yellow.... so I HAD to have it...

So you can imagine my sadness when I had to rid myself of it at the end of the week, having come up with nothing new or inventive. I was on the verge of losing it and could feel myself leaning toward habit. Since I hadn't ordered or eaten out in weeks, I was determined to keep the flow going and come up with anything that would make me feel like the Queen of Odds. I readily admit, using the hashtag #masterleftovermakeover makes me feel suuuuuper cool.

I also had a bit of the fresh kale I'd bought the week before that was starting to become a little... soft. So after a few Kim Crawfords, and a round of Titanium Radio on Pandora, the kitchen was getting warm. It was about to be on fiyah! I tossed the remainder of the large spring onions (about 3) with the one summer squash into the food processor and let 'er rip. Transferred to a mixing bowl, chopped up the kale (about 1/2 cup) *chop that kale really really fine* and added that to the mix.

*herein is where I should have squeezed the contents of its water before proceeding.. proceed*

I added two eggs at this point because I though I had enough raw material. I'm not sure if that was my first detour. Added panko breadcrumbs (maybe 1/2 cup? almost 3/4?) as though I was pulling off a standard croquette of any kind. Seasoned with a mirage of different spices. I was still on that coriander/cumin obsession so went that route, with a little cayenne and black pepper plus salt as always. Suit to taste and don't overmix.

So I strained in cheesecloth. Wait, I didn't have any cheesecloth. Ugh. *strain in cheesecloth if you're willing to fuck up to this extent to enjoy the benefits. I promise, it's soooo worth it* Lined a mixing bowl with several paper towels and literally dumped the mix right in. Covered with plastic and slid it in the refrigerator. Then waited. Then forgot. Then waited again. By the time I was ready, amazingly, the panko was still doing its job, but the mix felt too fragile to hold together. I needed something. A binder and NOT an egg. Something else.

So I added what was right in front of me. Yes, Ms. Lydia, YES!

And there it sat. Just the right amount, with just the right seasoning. Hummus. That lone little bit (about 1/4 cup) of roasted garlic hummus that was just begging to be used. "Don't give up on me!" it piped up in a small voice... "Put me anywhere! I won't let you down.." Oh, little chickpea, you certainly did not.

In it went and I formed four balls. Ready for the skillet.

To be honest, I was unsure of all this. I had gone to all this trouble, tried to be all cute adding the kale and wasn't so sure my méthode de croquettes was going to work out in this instance. Even more terrifying, I may have wasted more potential nutritious ingredients than if I'd forgotten about the dang squash altogether. This had better work. A lot was riding on it. Namely, dinner.

Just to be safe, I called in for reinforcements. One obvious ploy for foolproof decadence. I was going to fry it and fry it well. 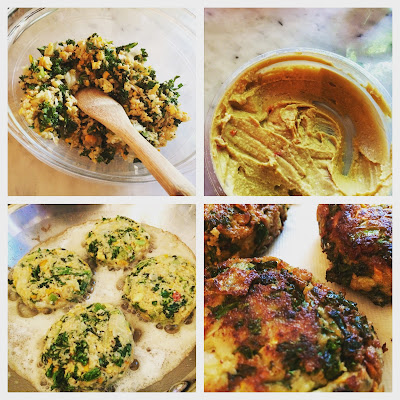 Melt some butter (with olive oil to prevent burning) and make sure there is enough to really make it special, with plenty to go around. All croquettes will crisp up beautifully and finish perfectly. Throw some red onion in the cooling pan once the croquettes have been removed and let it soak up all that yummy brown (by now, i'm sure) butter. There's your garnish.

I think this is the best veggie burger I've ever had.... and it's my very own! Simply from the odds and ends of a farmers market run. Gotta write this one down. Oh, right...

I served it up with pan fried butter (Paula, we haven't forgotten you) buns, those fried onions, tomato and romaine with a side of cheddar beer potato chips.  I mean, fuuuuuuuuuck!  Come ON!!! 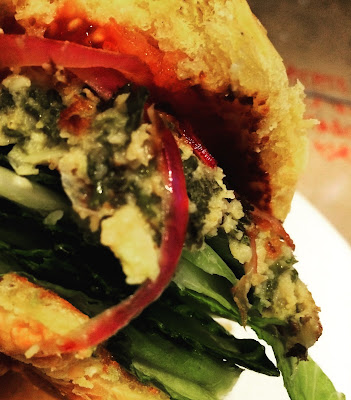